If you know me, you know I am an ardent fan of Ella Enchanted and Gail Carson Levine, and that her books pretty much defined my childhood. Today, though, I’m going to go a bit deeper into the authors and books that made me who I am now. I’ve restricted myself to elementary school favorites — middle school is a whole different game.

1. The Town Cats by Lloyd Alexander 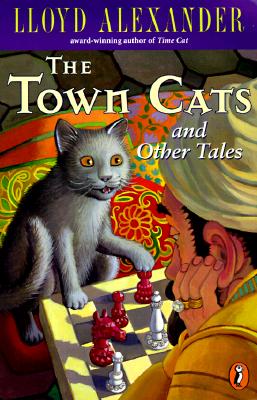 I’m easy. I will read almost any book that prominently features a cat. The Town Cats is a collection of short stories about various sentient talking cats in fantasy medieval settings, an excellent premise that is brilliantly executed here. The cats in question are often heroes, but usually roguish ones. Most memorably, the first story of the collection features a cat who convinces the entire populace of his village to switch place with their cats in order to evade increased regulation and taxes from the government. As you can guess, the level of humor is perfect for family entertainment: funny for kids, but with an extra layer of absurdity for their parents. It’s kind of like SpongeBob that way. 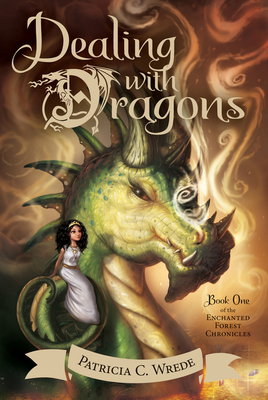 I found Princess Cimorene’s name to be supremely unpronounceable, but that didn’t stop me from adoring her. This contrarian princess saves herself not from a dragon, but from a forced marriage by means of taking up with a dragon named Kazul. Whenever a prince or knight comes to “save” her in exchange for a hefty reward, she sternly kicks him out, usually without even calling on Kazul. She also learns practical skills from her new reptilian mentor, thwarts the plans of some unscrupulous wizards, and makes friends with other captives. I would gladly live in a cave with Kazul, who is the chillest dragon aunt ever.

Max is a kid with amazing superpowers, but the caveat is that he can only use them at maximum. Maximum speed, maximum strength — he can’t parade that kind of power in front of his classmates, so he sticks to being the second slowest kid in gym class. In that sense, he’s a bit like Deku in My Hero Academia, for you anime fans. Also, he’s allergic to math. …There’s no real explanation for that part. I checked this series out of the library a weird number of times, and I’m not really sure why. It’s such a typical kid-superhero storyline, but it’s well done. Max reminds me a little bit of Percy Jackson, a wisecracking kid who somehow has to save Manhattan. 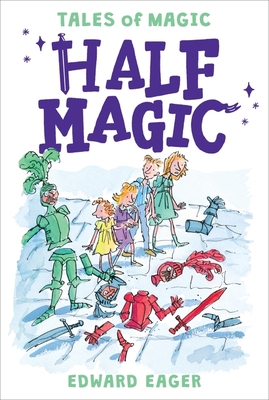 I took these from my classroom library originally mistaking them for Roald Dahl books. The covers in my teacher’s classroom copies featured cute sketches of children in fantastical situations against a white background, so it was an easy mistake to make. It’s a charming series of low fantasy stories that take a group of children from the mundane to the fantastical. It’s hard for me to remember specific plot points, but all of it has an air of whimsy. The “half magic” coin only does half of what you want it to, and there’s a thyme garden that facilitates time travel. It surprises me that I don’t hear more people talking about these books.

What books did you love reading as a kid? Are any of these among them? Tell me in the comments!

Check out my masterlist for all of my posts and reviews!